Helpful Techniques for Communicating With a Loved With Dementia

It can often be difficult to communicate with a person who has dementia or Alzheimer’s disease. Thankfully, memory care in Macomb, MI can help.

Many people know what the tell-tale signs of dementia are, things like memory loss and confusion. However, these symptoms also have ripple effects on the rest of a person’s behavior, including their thinking and mood swings. Another symptom that’s less well-known is a reduced ability to speak coherently. While symptoms can vary per individual, the aforementioned changes can make it more and more difficult for the person with dementia to stay oriented in place and time, maintain rational thinking, keep emotions under control, and articulately convey their needs and concerns.

Challenges in communicating can often result in misunderstandings, frustration, and confusion from relatives, caregivers, and the patient themselves. In fact, a dementia patient can become antagonistic even towards strangers in public, shouting insults or making false accusations. These are obviously very troubling behaviors and are difficult to get a handle on. These behaviors are difficult for a single person to handle. It’s for this reason that patients with advanced forms of dementia are often placed in the more capable hands of memory care in Macomb, MI.

Here are some of the most common challenges that patients and caregivers experience when trying to communicate and ways that they can be overcome for the best possible outcomes.

People with dementia are unfortunately prone to making false accusations towards people, including the people close to them. Theft and abuse are common accusations. Not only is this hurtful behavior, but it’s also potentially incriminating.

When these occurrences happen, it’s important to keep in mind that the person with dementia is only saying these things because of dementia and the way that it’s affecting their brain. What is happening is that their mind is trying to fill in the information gaps that were created by memory loss and confusion. The result is known as confabulation, which is probably a new term for you. It simply means “honest lying.”

In fact, confabulation is so powerful that folks with dementia were able to pass lie detector tests simply because they believed the lies and stories they were telling to be true.

How to Handle It

The first thing to understand is that you won’t be able to convince the person with dementia that they are wrong about their accusations, so avoid confronting them about it. What you want to do instead is validate their feelings and empathize with them about their situation.

For example, let’s say that your mother with dementia lost her purse and has blamed the new caregiver for stealing it. But in fact, what actually happened is that the caregiver left the house with her own purse, but your mother saw the purse and now thinks that it was hers. Her mind has manufactured a story using various pieces of related information to make sense of her current situation (not being able to find her purse).

How should you handle this situation?

If you do find the item they lost, do not fall into the trap of saying something along the lines of “I told you so,” as this might make them defensive and less likely to trust you should something like this happen again. However, if you cannot find the item right away, then help ease your loved one’s concerns and tell them that you will follow up with the accused. If you really do suspect that something was stolen (which unfortunately can happen), you’ll have more time to find whatever was stolen and have a conversation with the accused “thief.” Meanwhile, your loved one might happen to forget about the entire incident.

It’s a sad reality that elders are more likely to accuse the people involved the most with their care (caregivers and even their own family members) because these people are the most visible in their lives. While these occurrences can be very hurtful, the key is to try and not take it personally and instead chalk them up to brain failures, not personal attacks. 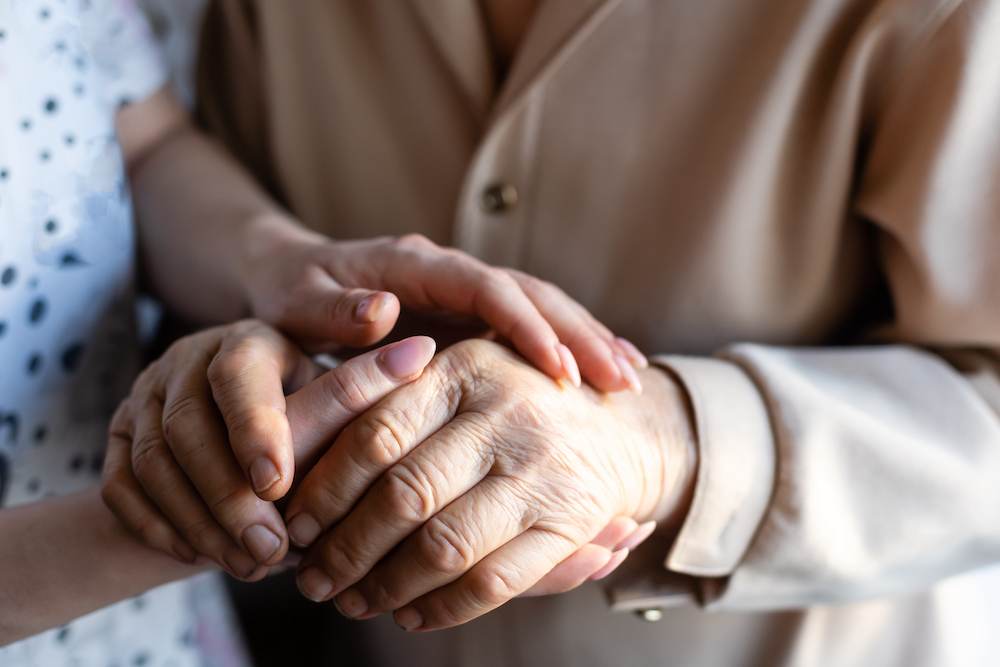 We all think of things sometimes that we would never speak aloud. Dementia, on the other hand, can remove the social filter altogether. In fact, people who dementia have been seen to spout obscenities, hurl insults and even make sexual comments to or about their friends, family members, and even complete strangers. Of course, everyone within earshot will be mortified by this, except the person with dementia.

The right side of the brain, on the other hand, is used for social chit-chat and where most curse words are stored. This part of the brain is, for the most part, not as impacted by dementia as the left side.

So, try to understand that when a person with dementia says some not-nice words or expletives to someone, it’s because he or she is having difficulty accessing other words in his or her vocabulary. And these thoughts can no longer be suppressed when dementia has advanced too far.

How to Handle It

As a caregiver, it’s important to stay calm. Making a big deal out of these outbursts will only make them worse. Instead, what a caregiver should do is acknowledge their loved one’s reaction/feelings and take them out of the situation that is provoking their outbursts.

For example, say that your loved one with dementia is insulting a random person in a diner. In that case, you could say, “dad, let’s head to the bathroom and wash our hands before the food comes.” After going to the restroom, try to position yourselves as far away as possible from the person that was insulted earlier and out of their line of sight. That should hopefully limit any more outbursts.

Want more tips about dementia care? Memory care in Macomb, MI, is here to help. Contact us today or follow our blog for more updates about the latest information about memory care.